The Southern Circuit epitomizes Tanzania in her most pristine form, off the beaten track, away from the crowds of tourists and the sound of other safari vehicles. Here you will find prolific wildlife unscathed by human interaction, where the night sky dazzles with millions of stars, and a part of the continent which is untouched by time.

In the south of Tanzania, stretching inland from the coast, lies an Africa's largest wildlife sanctuary; the Selous Game Reserve. Bigger than Denmark, it lies south of Mikumi, covers 6% of Tanzania's total area and is 4 times the size of the Serengeti. It contains the greatest concentration of big game left on earth. Selous Game Reserve is internationally famous for its animals. It has the world's largest number of big game: - elephant, buffalo, rhino, sable antelope, hippo, lion. There are over 400 species of birdlife which include: - fish eagle, secretary bird, kingfisher, Sunbird, Hornbill, and bill stork and hammer cap. The best time to visit is from June - October when the weather is cool and dry, the vegetation lush and the animals easier to see. Selous has the finest virgin bush, unspoilt by time. Although it remains one of the least scientifically researched areas in Africa, some 1700 botanical species have been identified. In the far south, the vastness of the reserve and its general inaccessibility has turned the Selous into a magnificent refuge for animals, birds, insects and reptiles.

Vegetation: Woodland dominates; particularly the dry and sparse deciduous type known as 'miombo' but it is also a land of marshes, green savannah, grassland, acacia, ebony, baobab and shrubs. As little development has taken place in Selous, visitors can experience the solitude of this game reserve in its most pristine form Selous was designated a 'World Heritage Site' by the United Nations in 1982 due to its unique ecological importance.
Selous game reserve is only 40 minutes away by air and 6 hours away by road from Dar Es Salaam. Facilities include boat safaris along the Rufiji River, walking safaris and game viewing in 4 wheel drive vehicles. The tranquility one experiences at the Selous, the wildness of the atmosphere has no parallel anywhere on earth. 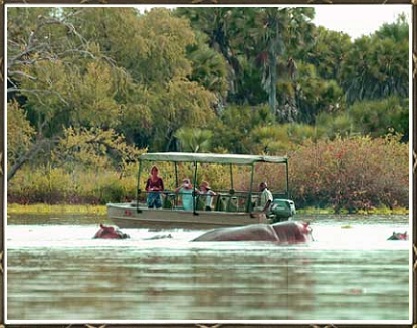 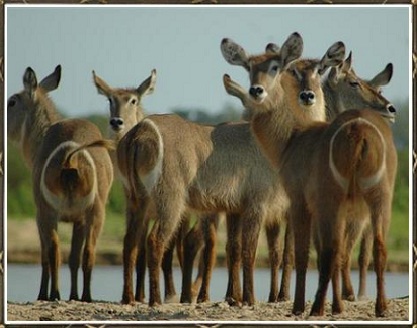 Ruaha National Park
AREA: 13,000 Sq. Km.
ALTITUDE: 1000 Meters
Ruaha National Park, the second largest national park in the country, is one of the unexplored parks in Tanzania and the largest elephant sanctuary. The name Ruaha derives from the Great Ruaha River, which flows along its entire eastern border, creating spectacular gorges and scenery. Hippo, crocodile, turtle and fish inhabit the river. Elephants are often to be seen on the banks of the Ruaha River. Lion, giraffe and other animals can also be found. The special attraction of Ruaha, besides its spectacular scenery, is its unspoilt wilderness. This park is relatively unknown and only recently developed for tourism and less frequented by tourists. The park is also known for its concentration of greater and lesser kudu, its roan and sable antelope and its rich bird life; more than 400 species of birds have been recorded.
Its geographical location means that it is visited by both northern and southern migrants. Ruaha also has a great variety of resident bird species. The best time for keen bird watchers is between Januarys to April.
The terrain within most of the park is a well wooded, undulating plateau at an average altitude of 915m with mountains in the south and west rising up to 1600m and 1900m above sea level respectively. Miombo woodland forms the dominant vegetation, changing to combritum/Commiphora to the east.
The best months for game viewing are June to December 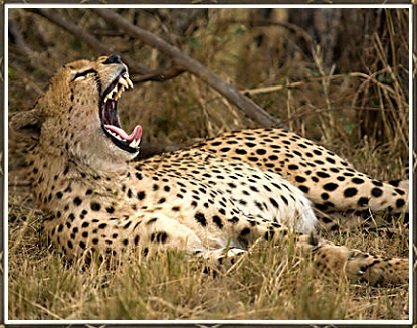 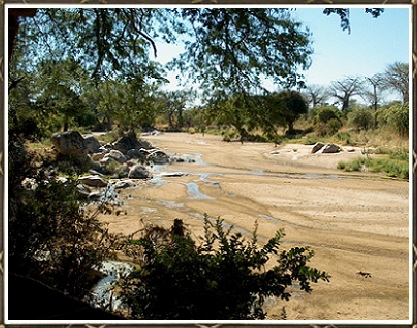 Mikumi National Park
AREA: 3230 Sq. Km.
ALTITUDE: 548 Meters.
Mikumi forms the northern border of the Selous Game Reserve, and is one of the most accessible of the Tanzanian national parks. Mikumi is rich in wildlife and contains buffalo, elephant and lion. Also found are wildebeest, zebra, impala, warthog, hippo, and giraffe. Most of the animals can be seen at all seasons. Elephants can be seen throughout the area and buffaloes totaling some 3,000 are to be found on the treeless grassland. Vegetation: The Mkate River Floor Plain with its hard ridges, swamps and black clay grassland, the miombo woodlands lie on hills of east and west, and the rivers with their fringe of tall trees and dense thickets. The TAZARA (Tanzania-Zambia) railway line marks the boundary of Mikumi with Selous to the south. 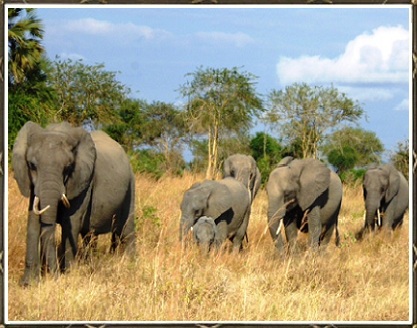 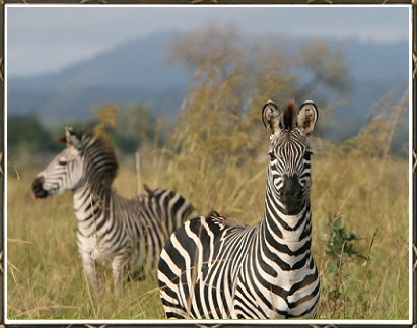 Udzungwa Mountains National Park
AREA: 1900 Sq. Km.
ALTITUDE: 300 - 2800 Meters
The major attraction to the park is its biologically diverse and unique forest, of leafy glades freckled with sunshine. The Udzungwa Mountains National Park also harbors plant species found nowhere else in the world, from a tiny African violet to 30m. High trees of its six types of primate, two are endemic - the Iringa red colobus monkey and the Sanjey Crested Mangabey, not detected until 1979. Four previously unknown species of birds make this Tanzania's richest forest bird habitat and among the three most important bird conservation areas on the continent. This undisturbed habitat has been yet to reveal all its treasures, waiting for further scientific exploration to catalogue its wealth. This park is of particular interest to those who enjoy trekking, as game viewing is done via the various nature trails on foot. There are no game viewing routes for vehicles in this park. 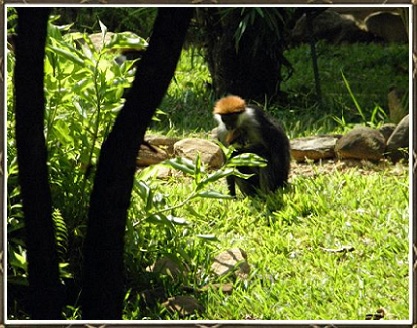